Find news and updates for James Cossey in the Plaztuff 33a midget here.

15/11/2015 - A reasonable start to the season considering the team is getting use to a new car and after having a season off last year. James made up positions in both heats as he got use to the 33a Mopar/Breka. The start of the feature went well however the setup did not keep up with the track in the latter half of the race and he dropped a few positions lacking traction coming off the turn. The car finished all three races and went back in the trailer with no damage - A good position to build on for next meeting at Western Springs on the 28th of November.

13/11/2015 - The car got through practice unscathed and is ready for the first race meeting tomorrow night. The team is excited to get the new car dialled in and James is ready to blast the cobwebs out of the drivers seat after having a season off last year.

James new number '33' is actually his original number from his first speedway drive - a ministock at Huntly. 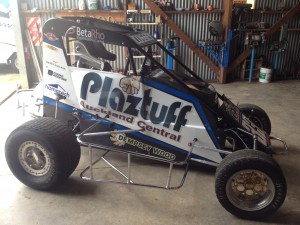 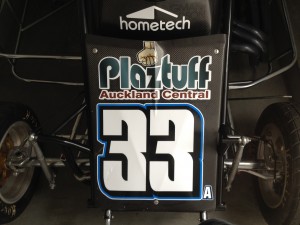 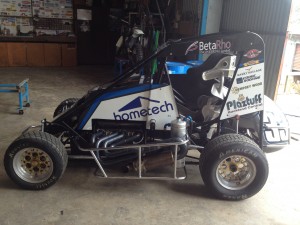